I Was Building An Empire

from Things I Wish I'd Said - Album by Heartwork 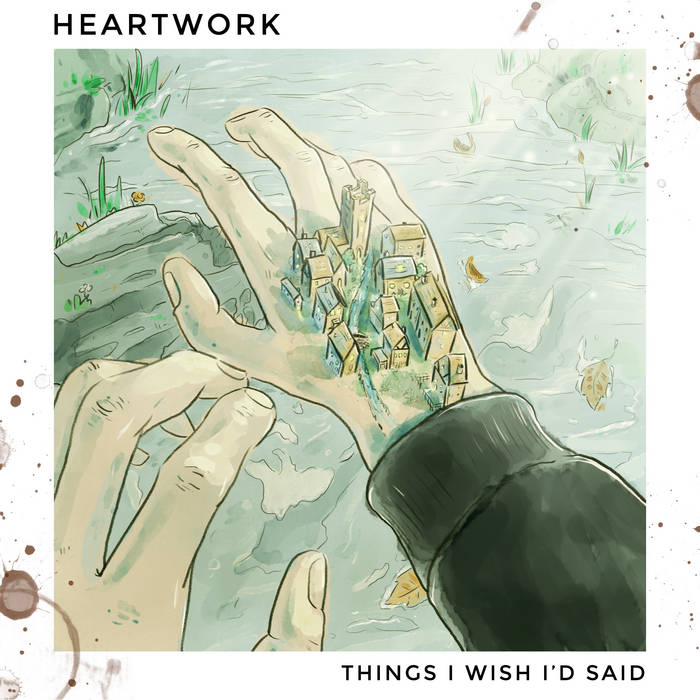 Okay, so before when I said that I started writing this album in 2015…I lied. Well, only a little bit. Every song on the album was written in or after 2015, apart from this one. I wrote this back in 2012. Around the time I was writing an E.P I released under the moniker of ‘Dropout Dan’ called ‘Forever, Instead’ (which is still available from my website and all other reputable online stores…cheeky plug yeah!) this song appeared but didn’t make the E.P as it was always intended to have a full band arrangement. I bought it back for this album as I’m still very fond of it and love how it’s turned out. **Fun Fact #4** for all you guitar nerds, this is the only song on the album that’s performed in standard tuning. I always use different variations of open tunings to try and come up with interesting melodies. Anyway, a bit about the actual song. I was 21 when I was writing this and to cut a long story short, the relationship I was in was slowly coming to an end. Not going to go into many details as I know now that there’s no hard feelings and it wouldn’t be fair on the other person, but this song is a reflection on how I was feeling at the time. The title comes from one of my favourite films, ‘Bronson’ starring the awesome Tom Hardy. Watch it. Find the quote. Let me know! The lyrics jump between being quite abstract and super literal which is something I’m always trying to do, but I think this one has the perfect mix between the two. “These flowers will burn like my lungs” is the inspiration for my latest T-Shirt design which was designed by my girlfriend’s sister, Abigail Fry.

You’ve got hours out here in the sun, still you say “it’s not enough”
Now these flowers will burn like my lungs as my nerves all turn
to dust
Oh, darling I sympathise but I will not let you off
It’s been one too many times, that’s it, I’m done

I’ve been holding so close to my chest, the cards that keep me safe
So when it comes to placing my bet I’ll know which hand to play Oh, honey I’m still on your side but I also see their point
So I don’t mean to criticise when I say you’re just paranoid

So long, I’m so gone half the way to anywhere but here
So I’m leaving and breathing better than I ever thought I would without you dear

We’ve got plenty of times to play games so go hide and I’ll come seek
Through a focus on these fictional frames that I made when I was eighteen
Oh, baby I’ve got your back, but have you got mine?
There comes a point when you lose your tact, it’s just when I did I also lost my mind

So long, I’m so gone half the way to anywhere but here
So I’m leaving and breathing better than I ever thought I would without you dear

So meet me at the back of the bar with all your scars in view
I’ll leave with a grip on your heart like this was all for you
Oh, sweetie just drag me down the way you always said
You would if you had found your way with me back then

Emotive Rock from the UK.

Bandcamp Daily  your guide to the world of Bandcamp